Why does AKI matter?

The essential feature of AKI, as opposed to ARF, is that it encompasses all degrees of kidney dysfunction.  Often only a small rise in creatinine will be seen.  Indeed, in the earliest stages the autoregulatory mechanisms described previously will be able to maintain normal glomerular perfusion pressure and accordingly a normal GFR, masking the fact that the kidneys are under threat.  However, even changes in GFR within the normal range, in a patient at risk of AKI, may be significant and require intervention if progression is to be prevented.  Thus, it is not surprising that AKI of all stages is associated with increased morbidity and mortality (15-21), as even early stages represent a significant challenge to the kidneys, which, if not corrected, will inevitably progress.

Central to improving outcomes in AKI is recognition of the ‘at risk patient’, as intervention needs to be early, before there will be clinical manifestations of AKI in most patients.  The above pathophysiology defines many at risk patients.  Thus, any patient in whom renal perfusion may be reduced (e.g. vascular disease or poor left ventricular function) is at risk of AKI, in particular if the kidneys’ ability to maintain perfusion pressure is restricted by prescription of ACEI/ARB or NSAID/COX-2 inhibitor.  If baseline GFR is reduced by either CKD or age, the safety margin is further reduced. 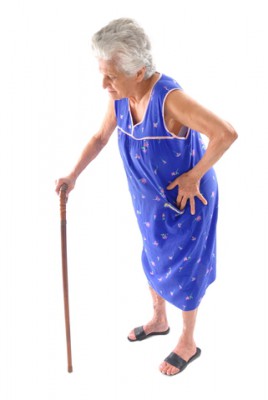 A prospective observational study in 10 acute medical units in England and Scotland identified AKI in 17.7% of admissions in two 24h study periods with sepsis, hypovolaemia, CKD and diabetes mellitus identified as the major risk factors for development of AKI.  NICE clinical guidance on acute kidney injury (22) and RCP concise guidelines (14) include the following as risk factors for AKI of relevance to primary care of particular importance during acute illness:

The risk of AKI in these conditions can be understood in terms of the pathophysiology previously described.  Importantly, in these conditions the GFR may only be maintained within a normal or acceptable range due to optimisation of glomerular perfusion by the autoregulatory ‘vascular reflexes’.  Thus, in these patients, any additional insult is very likely to precipitate AKI.  Some of these acute insults (e.g. sepsis) may cause AKI on the background of normal kidney function, but AKI is much more likely in the at risk patient.  In principle, risk is conferred by CKD, any comorbid pathology that may reduce renal perfusion and any medication that could compromise renal haemodynamic autoregulation.  Thus, any condition reducing cardiac output will confer increased risk of AKI as will atherosclerosis, including renal artery stenosis, but more often widespread medium to small vessel disease as often seen in T2DM.  Blockade of the renin angiotensin system and of intrarenal prostaglandin synthesis will prevent autoregulation and increase the risk of AKI.

It is interesting to consider the patient with ischaemic heart disease (IHD).  Ischaemic heart disease in it’s own right is not proven to be a risk factor for AKI if LV function is not impaired.  However, impaired LV function is a risk factor for AKI and patients with IHD are likely to have atherosclerotic disease affecting renal perfusion.  In addition they may be taking an ACEI or ARB.  On this background, acute insults such as reduction in cardiac output or hypovolaemia are likely to precipitate AKI.

Age as a risk factor for AKI

Coca (24) has reviewed AKI in the elderly.  A number of studies have addressed the specifics of AKI in the elderly(25, 26) and age as a risk factor for AKI.  Aitken et al (27) found age to be an independent risk factor for AKI on multivariate analysis of a population of 1577 patients admitted to a University Teaching Hospital within a 1-month period.  A hazard ratio of 1.2 for each 5 yrs increase in age has been suggested. 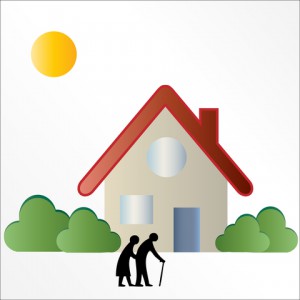 Diabetes as a risk factor for AKI

Diabetes is associated with an increased risk of developing AKI following hospital admission (27, 28).  In a study of the impact of DM on outcomes following surgical management of colonic diverticulitis a significantly higher incidence of AKI was found in diabetic compared to non-diabetic patients (29).  Recently published NICE guidelines on AKI (22) and the RCP Concise guidelines (14) both recognise diabetes as one of the most important risk factors for AKI.  In keeping with this, of the 776 non-elective spells from Bath and North East Somerset CCG practices between Nov 2012 and Oct 2013 with a diagnosis of AKI in any position, 24% had an ICD-10 diagnosis code, within the spell, indicating diabetes and 20% were age =65 years with diabetes.

Sepsis as a trigger for AKI

Sepsis as a trigger for AKI has most often been considered in secondary care, particularly in an ICU setting, where it is the cause in approximately 50% of cases and is associated with high mortality (27, 30, 31).  However, sepsis has been shown to be the commonest precipitating factor in community acquired AKI also, accounting for 47% of cases in the retrospective cohort study of Ali et al (10).  Sepsis may trigger intrarenal hemodynamic changes, endothelial dysfunction, infiltration of inflammatory cells in the renal parenchyma, intraglomerular thrombosis and obstruction of tubules with necrotic cells and debris (31, 32).

Zarjou has reviewed the mechanisms operating in sepsis recognising that in sepsis simultaneous dilation of the afferent and efferent glomerular arterioles is seen, resulting in increased flow but reduced perfusion pressure (33).  The similarity with the effects of ACEI is commented on suggesting that treatment with ACEI may be a particularly important compounding factor.  Importantly, our current understanding emphasises that soluble mediators from distant sites mediate the effects of sepsis on the kidney.  Furthermore, these changes can be seen in the absence of septic shock such as in ‘non-severe’ community acquired pneumonia (34).  Any patient with a pyrexia >38°C and leucocytosis is at risk of AKI.  Elevated CRP has been shown also to be a risk factor for AKI in medical admissions (35).