Unlike some other types of contraception, there is no delay in return to fertility after stopping POP (average 17 days to ovulation after stopping DSG).

Like CHC, POP metabolism may be affected by enzyme inducers and therefore should not be co-prescribed (see Box 3).

There are few other medical conditions that restrict POP use (see UKMEC on FSRH website for full details).  There has been no proven link with increased breast cancer and POP usage (though available evidence is limited).  It is likely that any risk is small and would reduce with time after stopping.  It appears to be relatively safe in women with cardiovascular risk factors and may be appropriate for women with established cardiac disease.  It has not been proven to increase the risk of VTE, though data is limited.  Similar to coils, there is a slightly higher risk of pregnancies to be ectopic while taking POP (about 1 in 10 of pregnancies on POP).  POP appears to increase the incidence of benign ovarian cysts but there is no evidence it increases a woman’s risk of ovarian cancer. 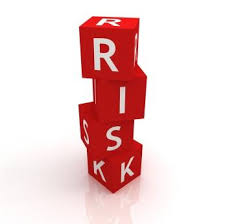 Other reported side effects include mood change (no causal association found on studies), and reduced libido (reported in SPCs as <1/100).  There is no evidence to suggest it causes weight gain.