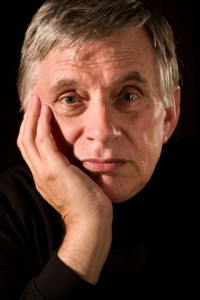 Evidence suggests that people with depression typically prefer non pharmacological intervention14and they value outcomes such as positive mental health and a return to usual functioning above simple reduction of symptoms15.

NICE has published a recent guideline16 (Oct 2010) on the treatment of depression and provide some evidence for non pharmacological management of depression. However, the absence of a specific recommendation by NICE does not suggest that these treatments have no effect, rather that there is a lack of research into efficacy.

For people with persistent subthreshold symptoms or mild to moderate depression, consider offering one or more of the following interventions, guided by the person's preference.

a) Guided Self Help

More than simply just giving patients literature to read (pure self-help), guided self-help is defined as 'a self-administered intervention, designed to treat depression, which makes use of a range of books or other self-help manuals derived from an evidence-based intervention and designed specifically for the purpose'. The role of the professional is to introduce and monitor the use of the material by lending a supportive, facilitative approach.

Book Prescription Wales was launched by the Welsh Assembly Government in 2005 based on the award winning Cardiff Book Prescription Scheme. It aims to allow highly recommended self-help books to be prescribed by healthcare providers to cover a range of the most common psychological problems. A 'prescription' for the recommended book is issued by the healthcare provider and can be exchanged for the loan of a book at any branch library across Wales.

The Glasgow steps program has targeted self help for a range of conditions and is also a good source of patient information.

NICE recommends Cognitive Behavioural Therapy as a low-intensity psychosocial intervention for people with persistent sub-threshold depressive symptoms or mild to moderate depression. CBT is a type of psychotherapy that is based on the theory that psychological symptoms are related to the interaction of thoughts, behaviours and emotions. In CBT, the therapist and patient work on identifying and changing thoughts and behaviours that may be maintaining symptoms. This can be accessed by either individual guided therapist intervention or computerised CBT. Computerised CBT (CCBT) is delivered via the internet, CD-ROM or DVD and engages the patient in a structured programme of care similar to a standard therapist-led CBT programme. This allows the individual to access the technology either alone or as an augmentation to a therapist delivered programme. A number of CCBT packages have been developed.

i) 'Beating the Blues'

Based on the clinical and cost-effectiveness findings (compared with other therapies) of Kaltenthaler and colleagues18, 'Beating the Blues' is recommended by NICE as a suitable treatment for patients with depression. However, it is currently only available completely free of charge on the NHS in England.

The programme is made up of 8 weekly sessions; each session takes about 50 minutes to complete.

Designed and developed by staff at the Centre for Mental Health Research at the Australian National University, MoodGYM is an interactive web programme designed to help prevent depression in young people. It consists of five modules, an interactive game, anxiety and depression assessments, downloadable relaxation audio, a workbook and feedback assessment. MoodGYM has over 200,000 registered users worldwide and is completely free.

iii) Living life to the full

Living life to the full is an online 'life skills' resource. Designed and written by Dr Chris Williams, a Professor and Honorary Consultant Psychiatrist at the University of Glasgow, it is an online course based on CBT principles. It aims to provide training in practical approaches to problems in everyday life. The course is supported by detailed practical workbooks, called 'Overcoming Depression: Five Areas Workbooks', available online, free of charge.

The effect of physical activity on depression has been the subject of research for several decades; a number of possible mechanisms for its positive effect have been proposed including the release of endorphins19, a diversion from negative thoughts and the mastery of a new skill.20,21

NICE defines physical activity as 'a structured physical activity with a recommended frequency, intensity and duration when used as a treatment for depression'22. However, the studies included in the NICE guidelines were difficult to interpret as they contained patients with a variety of symptoms from dysthymia and subthreshold symptoms to major depression. They also included a number of studies comparing individual and group exercise, both supervised and unsupervised and the exercise programmes themselves were very varied. NICE draws a conclusion that the studies combined suggest a benefit of exercise for the treatment of depression in subthreshold and mild to moderate depression and specifically a benefit of group based activity. In the absence of any evidence supporting one type of exercise over another, NICE proposes that the choice of exercise should be up to the individual.

Exercise can be 'prescribed'; different areas in Wales have different resources to enable this. In Swansea the 'Positive Steps' program allows patients with a variety of health conditions to be referred to a short term, supervised programme of physical activity at a local venue.