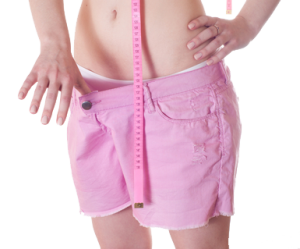 The diagnostic and statistical manual of mental disorders (DSM-IV TR) lists the criteria for diagnosing a patient with bulimia nervosa as:-

Purging - here the individual self induce vomiting either by triggering the gag reflex or ingesting emetics. This is an attempt to rapidly remove food from the body before it can be digested. Laxative, diuretics and enemas may also be used for the same reason.

Non-purging - less than 10% of sufferers of bulimia nervosa adopt excessive exercise or excessive fasting to offset the binge eating.

How does bulimia nervosa present?

Bulimia nervosa is far more common than anorexia nervosa and up to 5 in 100 of young women (the mean age of onset is 18-19) attending their GP may have the condition. Patients with bulimia tend to have a body weight that is either just below, normal or just above average BMI. Many patients will not exhibit physical symptoms however excessive use of purging techniques can lead to dehydration, electrolyte imbalance and cardiac arrhythmias.

Although the binge eating and purging is normally performed in secret, patients with bulimia are often relieved to tell somebody else about it. When directly questioned many will answer truthfully, even in extreme cases of frequent bingeing and purging.

In most patients physical examination is entirely normal, as are biochemical and haematological parameters. Possible physical effects include:-

Mood disturbance is extremely common in bulimia nervosa with symptoms of anxiety being prominent. Low self esteem and self loathing, along with a feeling of disgust at themselves over the overeating and purging may be present. When compared to anorexics more bulimics will have clinical depression. Bulimia nervosa sometimes arises out of a pre-existing anorexic illness, where the patient has lost the control over restriction of eating manifesting itself in uncontrolled bingeing.

Some sufferers leave obvious clues about their problem such as leaving the wrappers from food for others to find and even bags of vomit left in prominent places. The binge eating episodes are usually planned, with food purchased in advance and prepared to be consumed in secret. An individual may also avoid situations where they are exposed to food in the presence of others. This tends to lead to further social isolation.

The primary care team are likely to have opportunities to diagnose patients with bulimia nervosa. Sufferers have a much higher consultation rate pre-diagnosis than the general population. Use of screening with the SCOFF questionnaire is appropriate. As with anorexia the first contact may be with worried family members, friends or schoolteachers. Risk factors for bulimia nervosa include:-

Other factors that may have a bearing include a history of sexual or physical abuse, pre-morbid psychiatric disorder (including anorexia) and disruptive events in childhood.

The diagnosis of bulimia nervosa mainly hinges on a good history as physical examination is likely to be normal however BMI should be measured, the BP should be taken both sitting and standing to check for postural hypotension. Laboratory investigations again are likely to be normal although urea, electrolytes and creatinine should always be measured.

The Royal College of psychiatrists has produced an algorithm for the initial diagnosis and management of suspected cases of eating disorder.