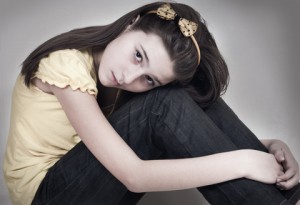 Uncomplicated bulimia nervosa can be treated in primary care (given access to appropriate support services), referral should be made if there is a lack of progress, the patient is pregnant or has a pre-existing condition such as diabetes.

General considerations about the patients health or mental wellbeing may also prompt referral as should suicidal tendencies. With the most effective treatments 50% of patients can be expected to be free of symptoms between two and 10 years after diagnosis. 20% of patients will develop chronic bulimia nervosa and the remaining 30% were either follow a relapsing and remitting course or develop chronic subclinical bulimic symptoms (other studies show even larger numbers in sustained remission – described in the NICE guideline).

Although long-term follow-up studies in this condition are few, it seems that untreated, the majority of bulimics will continue to be symptomatic for many years.

Cognitive behavioural therapy has strong evidence to support its use. A specific therapy has been developed for use in bulimia and it utilises three distinct but overlapping phases:-

A Clinical Evidence report on 34 randomised controlled trials of CBT showed a significant increase in the proportion of patients abstaining from a binge-purge cycle of 43% with only 5% in the control group abstaining.

The same review uncovered insufficient evidence to recommend any other form of psychotherapy. Guided self-help cognitive behavioural therapy conducted in the primary care setting was as good as specialist CBT in one randomised control trial.

The use of antidepressant medication in the treatment of bulimia has been studied in adults. There is no evidence base for the use in adolescents and they do not have a licence for use in this indication. In adolescents drug treatment should not therefore be a first line intervention.

In adults there is evidence for the efficacy of tricyclic antidepressants, irreversible monoaimine oxidase inhibitors (but not moclobamide) and to a lesser extent SSRIs.

There is also evidence that a combined approach of Cognitive Behavioural Therapy (CBT) and antidepressant use enhances the effect of CBT. Doses of antidepressants used in the trials are similar to those used to treat depression (with the exception of fluoxetine at 60mg daily).

It is thought that the use of irreversible monoaimine oxidase inhibitors may cause further problems, as the exclusion of tyramine from the diet may focus the patient further on food.

When comparing a combined approach of antidepressants and CBT verses CBT alone:-