Is Fibromyalgia a clinical entity? 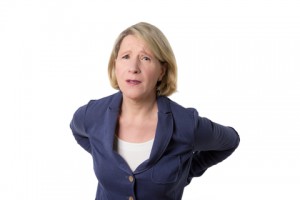 The pathogenesis of fibromyalgic pain is multifactorial. There is no practical diagnostic test and imaging is only helpful to rule out underlying pathology. However in research studies, where more invasive testing and specialised imaging is available, physiological changes have been identified in fibromyalgia.

Staud describes in detail how these changes (mainly in the transmission of “pain messages”) lead to fibromyalgic symptoms. He describes it as a pain amplification syndrome, where the normal mechanisms for transmitting sensations of touch, pressure, heat and cold become augmented, producing allodynia (perception of pain to normally non-painful stimuli). There are measurable changes in the peripheral nociceptors, the transmission of “pain” messages to the spinal cord and the processing of the pain messages centrally. There have also been studies that have measured an increased level of Substance P in cerebrospinal fluid. Substance P is a neuropeptide, which is thought to contribute to the perception of pain by facilitating the transmission of “pain messages” from the periphery.

There is a strong genetic predisposition to the development of fibromyalgia and other chronic pain conditions. Physical and psychological stresses are important factors in the development of fibromyalgia, they can also cause exacerbations of symptoms in sufferers. Viral infections, trauma (notably road traffic accidents), previous psychological stress (e.g. abuse in childhood) and being sent into conflict have all been recognised as trigger factors. 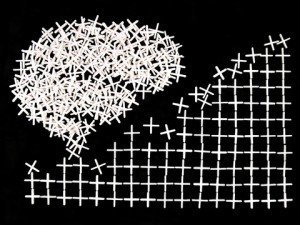 Fibromyalgia is responsible for significant morbidity, worklessness and psychological distress. It consumes significant healthcare resource and is still poorly understood by many of the healthcare workers who treat patients on a day-to-day basis. The lack of a laboratory test and, until recently, useful treatment, has probably led to the scepticism previously discussed.

There is sufficient data in the studies quoted by Staud, Clauw and the Canadian guidelines to demonstrate that people who meet the 2010 ARC classification have neurobiological abnormalities. These abnormalities can be demonstrated using objective laboratory based tests. Whether fibromyalgia is a single clinical entity, or a cluster of similar chronic widespread pain syndromes that overlap, is unknown.

It would be sensible to consider fibromyalgia as a symptom complex. This complex is multifactorial, it has genetic, environmental and psychological predispositions. There is a growing body of research relating to the epidemiology, diagnosis, treatment and outcome. The doctor-patient relationship is likely to be prolonged and there are recognised stressors on each side of this relationship.

The underlying problem in fibromyalgia is an enhancement of the neurophysiologic sensory response. This is evidenced by abnormal activity in pain centres in response to touch and heat, increased neuropeptides, both peripherally in the nociceptors and centrally in the cerebrospinal fluid (notably Substance P) and is manifest in the allodynia experienced by fibromyalgia sufferers. This, with time, leads to a central sensitisation to pain impulses and hence pain is perceived with minimal nociceptive input.

The increased concentration of neuropeptides and other substances related to the excitation of the pain pathways in the CSF may be linked to the fatigue, mood disturbance and cognitive impairment seen in fibromyalgia. Patients with fibromyalgia often have other symptoms that could be considered as "visceral allodynia" e.g. irritable bowel, pelvic pain, lower urinary tract symptoms etc. These conditions could be considered as sensory attenuation based.

There is sufficient research evidence to demonstrate an abnormality in sensory perception and to explain the symptom complex seen in fibromyalgia.