In this section the guideline points out, “When physicians prejudge FM patients in moralising terms and believe them to be illness-focused, demanding and medicalized, the patient doctor alliance will be eroded with adverse effect on patient outcome”. 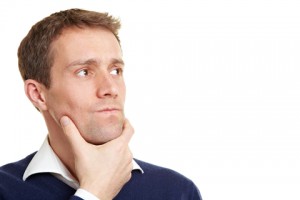 The guideline alludes to the “scepticism regarding a syndrome of subjective complaints”. A recent informal survey of GPs in Wales (n=30) asked “What do you think about Fibromyalgia?” Responses were mixed:-

With such a wide range of opinion it is likely that patients with fibromyalgia are receiving different levels of support, advice and treatment.

The same group were asked “What characteristics do patients with Fibromyalgia exhibit?” again responses varied:-

Some of the responses could explain why patients with fibromyalgia often complain of a lack of engagement from the medical profession (Google fibromyalgia and look at some of the forums).

The final question asked in this survey reflected the doctor’s feelings in the consultation. How do patients with Fibromyalgia make you feel?

Even a small cohort of GPs demonstrate quite clearly the controversy surrounding a diagnosis of fibromyalgia.

This word cloud is constructed from the text of the responses – the larger the word appears the more it was used in the response to the survey.