Analgesia is used in treating osteoarthritis when non-pharmacological therapy on its own is insufficient (NICE 2008). Analgesia may be used to make night pain or exercise induced pain more tolerable. 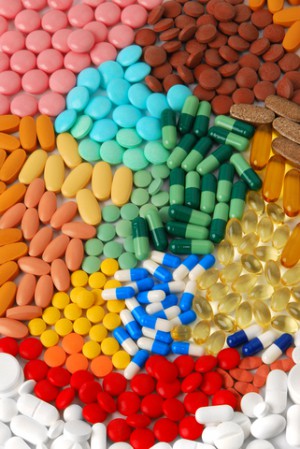 Oral analgesics, especially paracetamol have been used for many years, with increasing use of opioid analgesia due partly because of fears associated with the safety of NSAIDs. If the healthcare provider chooses to initiate paracetamol at the full dosage of up to 4,000mg/day, the patient needs to be counselled on the dangers of taking other products containing paracetamol, including OTC cold remedies as well as combination products containing with opioid analgesia (Hochberg et al 2012). A review (Townheed et al 2009) examined 15 RCT’s comparing paracetamol to placebo and paracetamol to NSAID’s. It concluded that the relative improvement from baseline was 5% with an absolute change of 4 points on a 0 to 100 scale. The review also concluded that it was a relatively safe treatment modality for OA. However it was found that paracetamol was not as effective as NSAIDs in terms of pain reduction, global assessments, efficacy and improvements in functional status. In terms of safety paracetamol appears to be as safe as placebo and safer than traditional NSAIDs in terms of GI adverse events although the duration of these studies was of relatively short duration, with highly selected participants. Due to its lower risk profile paracetamol may be the analgesia of first choice.

If NSAIDs are chosen then the topical preparation should be chosen ahead of an oral NSAID (NICE 2008). At present there is no data available of the efficacy of topical NSAIDs compared with paracetamol. Topical NSAIDs have been shown to have short term benefits when compared with placebo. They also demonstrate a reduction in non-serious adverse events when compared to placebo, although they may produce local skin irritation. Topical application may be preferable when a single joint rather than widespread OA is present or in the early treatment of OA.

If the patient does not have a satisfactory clinical result with paracetamol, topical NSAIDs or oral NSAIDs, COX-2 inhibitors or opioids may be considered (NICE 2008) (both oral NSAIDs and COX2 should be prescribed with a proton pump inhibitor). However, NICE concludes that there is no strong evidence to suggest consistent benefit of traditional NSAIDs and COX-2s over paracetamol, although some patients may obtain greater symptom relief from NSAIDs. NICE (2008) also warn of the significant morbidity and mortality due to the adverse effects on GI, renal and cardiovascular systems and the NSAID chosen should reflect the individual’s risk factors.

There are limited data showing some positive effects from topical capsaicin, with short-term follow-up (NICE 2008), although the evidence is confined to knee osteoarthritis. No serious toxicity associated with capsaicin use has been reported in the peer-reviewed literature. The evidence base, however, does not support the use of rubefacients. Topical treatments are used in self-management, which helps change health behaviour positively. Often, people with osteoarthritis will use the topical treatment on top of daily paracetamol and exercise to cope with flare-ups. This is in line with the evidence, which shows short-term benefit.

NICE (2008) proposed that the evidence supporting the use of opioid analgesia in osteoarthritis is poor, and it must be noted there are virtually no good studies using these agents in peripheral joint osteoarthritis patients. There is little evidence to suggest that dose escalation of these agents is effective. There are also few data comparing different opioid formulations or routes of administration. Toxicity remains a concern with opioid use, especially in the elderly. Constipation, nausea, itchiness, drowsiness and confusion remain important side effects to be considered. However, opioids are prescribed to manage pain in clinical practice where paracetamol is not effective and where patients cannot tolerate NSAIDs. It is highly recommended that the Faculty of Pain Medicine guidance on opioid management is consulted if patients are commenced on opioids.

NICE (2008) suggested that there is no good evidence to support the use of low dose tricyclic agents for osteoarthritic pain. They do add a note of caution that consideration of sleep and mood disturbance is part of the assessment of the osteoarthritic patient and appropriate pharmacological therapy may be warranted (please refer to the NICE depression guidelines 2007).

Glucosamine and chondroitin are so called ‘neutraceuticals’ and are foods with alleged medical or health benefits. NICE (2008) examined two systematic reviews and meta-analyses on glucosamine or chondroitin sulphate and six additional RCT’s. Although trials using glucosamine sulphate as a single dose of 1500mg rather than hydrochloride 500mg showed a small benefit over placebo the evidence for chondroitin was less convincing. These estimates of efficacy also take their use beyond the threshold of affordability in the NHS. Advice to patients wishing to try glucosamine would be to use the sulphate preparation for 3 months as a trial and ascertain whether or not there has been a change in pain at the end of that period.