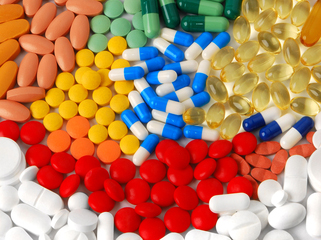 The choice of route of HRT is ultimately based on the woman’s preference but a transdermal option might be preferable if oral treatment is less suitable due to:

If using the transdermal route, the progesterone is either within the patch or given as a separate tablet. The levonorgestrel-releasing intrauterine system (IUS) can be used as the progesterone component of HRT to protect the endometrium. This can reduce the bleeding and up to 66% of women will be amenorrhoeic. This also provides contraception during the perimenopause. When used as the progestogen component of HRT, the levonorgestrel-releasing intrauterine system (IUS) is licenced for 4 years.

In terms of the actual hormone of choice, natural oestrogens such as conjugates oestrogen, estradiol, estrone and estriol are most suitable. The more common progestogens used are dydrogesterone, drospirenone, medroxyprogesterone (all usually better tolerated due to less androgenic effects) as well as norethisterone and levonorgestrel (both available in combined HRT patches). If progestogen is not appropriate to use, combined oestrogen and bazedoxifene acetate modified-release tablets can be used in post-menopausal women who had their last menses at least 12 months ago. Low dose estriol (via cream or pessary) or estradiol (via tablet or ring) can be tried for vaginal use. Tibolone is licenced for symptoms of oestrogen deficiency in post-menopausal women if a year as passed since the menopause. This includes oestrogenic, progestogenic and androgenic properties and causes a cessation of menses

For women without a uterus, continuous oestrogen-only HRT should be used, whereas women with a uterus should be prescribed combined HRT.
Combined HRT can be given as monthly cyclical regimes (daily oestrogen and progesterone for days 10-14), three-monthly regimes (daily oestrogen with 14 days of progestogen every 13 weeks) or continuous combined regimens (daily oestrogen and progestogen).
For perimenopausal women or those within 12 months of their last period, monthly or three-monthly regimens should be used to avoid irregular bleeding. Once a woman becomes postmenopausal, the HRT may be switched to a continuous combined preparation as it is less likely to give withdrawal bleeding (after the first 3-6 months). If bleeding does continue for longer, then investigations and referral to gynaecology should be instigated.

As a general rule, the lowest dose should be prescribed for the shortest time possible. Younger women might require doses such as 2-4mg of oral estradiol or 100 micrograms of transdermal estradiol but older women generally require half those doses. When progestogens are used for endometrial protection, 1mg of oral norethisterone for a cyclical preparation or 0.5mg-1mg for a continuous preparation is usually sufficient. Tibolone is typically used at a dose of 2.5mg daily.