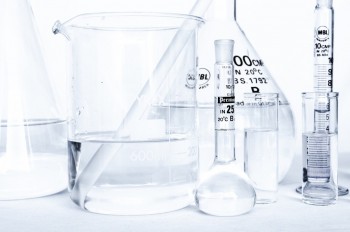 They can be predictable and dose related (Type A) or unpredictable and not dose-related (Type B). The latter often occur in small numbers, too infrequent to be picked up on pre-marketing trials and may not be known at the time of marketing. Factors which can affect ADRs include:

The Yellow Card Scheme is interested in all ADRs for established medicines and vaccines, even if the effect is well recognised. This can help identify cluster groups where the ADR may be more prevalent. MHRA is, however, particularly interested in certain areas:

New medicines and vaccines are under additional monitoring and have an inverted black triangle symbol in their leaflet summary, as well as next to their name in BNF and MIMS. Black triangles are applied to all medicines and vaccines that have been marketed within the last few years. They can also be assigned to a medicine that has already been licensed if it contains a new combination of active chemicals or if it is being used in a new way for a different condition. The list of black triangle drugs is currently maintained by the European Medicines Agency (EMA).

The pharmacodynamics and pharmacokinetics of medicines vary with age. Most drugs at the time of marketing have not been extensively tested on children for their use and much of their use is “off-label” so it is particularly important to monitor for ADRs in this group.

Similarly, in older individuals drug pharmacokinetics are altered, with reduced hepatic and renal clearance, altered volumes of distribution for some drugs. Pharmacodynamics also differ, with altered sensitivity to various compounds. As a result the incidence and severity of ADRs are altered in this patient population.

These include vaccines, blood products, antibodies and advanced therapies. These medicines are much more complex than standard medicines and their characteristics are often not identical. MHRA is keen to monitor ADRs on a brand/product-specific basis as they may vary from batch-to-batch.

Sometimes an ADR can happen months or years after the drug has been taken. Antipsychotics were first used in 1949 but it wasn’t until the mid-fifties that physicians started noticing patients taking them were experiencing tardive dyskinesia and other extra pyramidal effects. Other ADRs are so rare that the premarketing trials are unlikely to report them. Reye’s syndrome is a very rare cause of hepatitis and encephalopathy seen in children taking aspirin for common viral illnesses such as chicken pox. Due to its rarity, it took eight decades to identify this risk after aspirin first came to market. These delayed and rare side effects will not be picked up in premarketing clinical trials so it is important any possible association is reported to the Yellow Card Scheme.

Drugs can directly alter the pharmacokinetics (e.g. reduce or increase the metabolism) and pharmacodynamics (e.g. potentiate effects including ADRs) of one another. The frequency of drug-drug interactions may increase with the number of medications taken. Although a drug is extensively monitored before marketing, due to the magnitude of medication combinations patients can potentially be taking, many of these interactions will be unknown before marketing.

If a baby is born with a congenital abnormality, or if a pregnancy results in a malformed aborted foetus, it is important to consider whether this might represent an ADR to a medicine and send a Yellow Card report if appropriate.

Herbal remedies and E-cigarette products are often issued over-the-counter through outlets other than pharmacies and as such have limited regulation. Few will have had the same rigorous premarketing clinical trials as licensed medicines. MHRA monitors the safety of both these licensed and unlicensed products and are keen to be informed of any possible ADR.

Any adverse incident involving a medical device should be reported with as much information as possible. If the incident is serious, the police or coroner may need to inspect the device, so it is important not to try to repair it or throw it away.

As with all fields of medicine, pharmacovigilance is not an exact science. If a health care professional has a suspicion but is not certain that the ADR is a result of a particular drug, it is still important to send a Yellow Card. If the health care professional suspects the ADR has already been reported but they have further relevant information send another Yellow Card as MHRA can link the information. The MHRA would prefer over reporting than under reporting.