Yellow Card reporting in recent years has been low. Despite the high incidence of ADRs, until 2013 there have never been more than 1000 reported ADRs/year across the whole of Wales. Why? The reasons remain unclear though it is likely that due to the hectic workloads of healthcare professionals, Yellow Card reporting has not been a priority. When asked why they did for not report ADRs, a group of doctors came up with a variety of reasons: 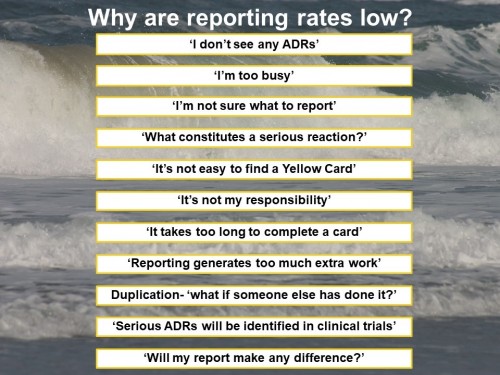 As can be seen in this module, many, if not all, of these justifications can easily be challenged. It is the hope of the Yellow Card Scheme Wales to change the culture of health care professionals around the country and increase reporting.

In 2013, hospital pharmacy champions were introduced to help increase ADR reporting in secondary care. This brought a small increase in reporting. In 2015 National Prescribing Indicators for the first time included Yellow Card reporting with health boards having target of 1 ADR report/2000 practice population/year. The net result is a steady growth of reporting of ADRs to over 3000 ADRs between 2016-2017. This may be a significant increase in reporting but compared with the estimated number of ADRs in any given year, it is a drop in the ocean. 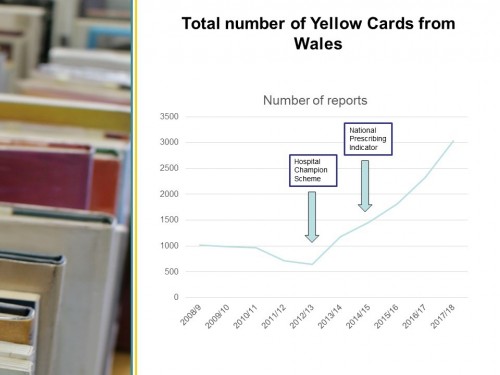