A complaint might be considered to be the most extreme example of external criticism and the temptation might well be to close ranks and to enter a defensive mode of behaviour. It is a revalidation requirement, however, that all formal complaints are listed in your appraisal folder and the GMC views this as an opportunity to learn and develop.  It also emphasises that it is the way in which you handle complaints is important. The number and severity of complaints are less important unless of course this reveals a pattern of behaviour or practice. The complaint should be viewed as a means of identifying potential areas for improvement and from this to establish areas for further learning and development. The GMC would expect areas for improvement to be addressed and outcomes measured or recorded in your appraisal portfolio.

‘Complaints should be seen as another type of feedback, allowing doctors and organisations to review and further develop their practice…’

Colleagues meet to discuss the process of taking action on X-ray reports.  One of the younger doctors tentatively suggests more robust action in actively informing patients of abnormal findings giving, as an example, a report of a metatarsal bone fracture with the comment ‘patient to make an non-urgent appointment to discuss this with a doctor’.  A more senior colleague recognises this as his own action but is rather dismissive, pointing out that he has been doing this job for some years and has well-established habits that have served him well to date. 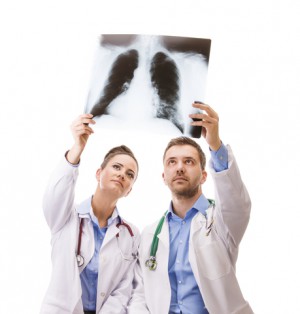 Three months later the manager receives a letter from a local solicitor.  The solicitor’s client, a patient in the practice, had been referred for an MRI scan of the brain following an atypical episode of dizziness and light-headedness.  The report mentioned the possibility of a small brainstem infarct and the same doctor had written ‘make a non-urgent appointment to discuss the result with a doctor’.  The patient had attended the local Accident and Emergency department in the meantime following a further worrying episode and surprised staff had pondered openly why the patient had not been informed of the result by the requesting doctor.  A further episode of transient ischemia was diagnosed with the possibility of a stroke and the solicitor was clearly enquiring about the possibility of a delay in diagnosis leading to potentially avoidable harm to his client.  The practice has since sought the assistance of the medical defence organisation to defend the case.

Please click here to view a screenshot of a MARS entry which reflects the example above.

Reflection Tool: Hubris can sometimes provide painful lessons and events of this nature can remind us of the risks of failing to reflect and, conversely, its benefits as one of the tools of lifelong learning.   If nothing else cases of this nature remind us that, in the words of Thomas Payne, “every man of learning is ultimately his own teacher”, we face danger when we suffer from the illusion that we have nothing left to learn. The potential to learn from complaints can hardly be denied if one wishes to avoid such headlines as: Psychiatrist is suspended for another 12 months after showing no