Estimates of the incidence of AKI have evolved along with the recognition of the importance of even small changes in kidney function.  Early estimates were lower as they focused only on severe ARF.  Using a definition of serum creatinine concentration >500µmol/l, Feest et al documented an incidence of 140 cases per million total population per year (172 per million adult population), with 72% of patients over 70 years of age (6).  Using a similar definition, Metcalfe et al documented an incidence of 203 patients per million population per year (pmp/yr) receiving renal replacement therapy for either ARF or acute-on-chronic renal failure (7).

The ‘new’ definition of AKI includes much less severe disturbances of kidney function.  In keeping with this, using a lower serum creatinine threshold of =300µmul/l or urea =40mmol/l, Stevens et al documented an incidence of 486 pmp/yr by reviewing biochemistry results available in laboratories of East Kent Hospitals (8).  This is similar to the incidence 620 pmp/yr identified in Grampian using the same creatinine cut off (9), with this study finding an incidence of advanced ARF (first recorded creatinine =500µmol/l) of 102 pmp/year. 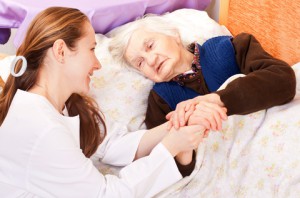 Finally, recognising that few population based studies had been performed, and that these thresholds for diagnosis of ‘ARF’ are not aligned with the current definitions of AKI, Ali et al (10) identified all patients >15 years of age in the Grampian area of Scotland with an ‘index’ serum creatinine of =150µmol/l (men) or =130µmol/l (women) and then converted to GFR to confirm AKI.  This approach documented an incidence of AKI of 1811 pmp/yr with an additional 336 cases pmp/yr of acute-on-chronic kidney injury.  A review of non-elective hospital spells from practices within Bath and North East Somerset CCG for the period Nov 2012 to Oct 2013 identified 662 patients (776 patient spells) with a discharge diagnosis in any position of AKI on the basis of an ICD-10 code of N17 (Acute renal failure: 92%), N19 (Unspecified renal failure: 7%) or R34 (Anuria and oliguria: 0.5%).  BaNES CCG has a patient population of approximately 200,000, giving an incidence of AKI similar to the estimate of Ali et al (10).  This translates to approximately one admission per practice each month.  Confirming AKI to ‘no longer’ be the preserve of tertiary care physicians, in a retrospective cohort analysis of patients hospitalized in New York, Der Mesropian et al found the incidence of community acquired AKI to be 3.5 times that of hospital acquired AKI (11).

An alternative approach to document the magnitude of the problem presented by AKI in primary care, is to consider the number of patients with a diagnosis of AKI made in secondary care, who had impaired renal function on admission.  In the 2009 NCEPOD study (Acute Kidney Injury: adding insult to injury (3)), 88% of patients had impaired renal function on admission.  In 46% of these this was a new diagnosis, with 16% having chronic kidney disease (CKD) and 38% acute-on-chronic kidney disease.  Similarly, Selby et al (2) demonstrated that community acquired AKI accounted for 60.9% of cases studied with a mortality of 20.6% in this group.  In this study recovery was associated with AKI stage (Stage 1 80%, Stage 2 69.9% and Stage 3 58.8%) and mortality increased significantly with increased stage of AKI (Stage 1 16.3%, Stage 2 33.00%, Stage 3 36.10%).

The seven Health Boards (HB) in Wales serve a population of approximately three million with HBs ranging in size from just under 140000 registered patients to approximately 640000 with a median population of approximately 475000.  List sizes range from 700-4000 per whole time equivalent GP with 80% of list sizes between 1200 and 2000.  The Office of Health Economics records an average GP list size in Wales of 1575 in 2012 (12).  Thus, on the basis of the estimates of the incidence of AKI that use a serum creatinine ‘cutoff’ relevant to current definitions, the typical GP in Wales would admit 3 patients each year with AKI.  Importantly, this is probably an underestimate of the problem in primary care as studies are confounded by the fact that many patients who attend GP surgeries, and are at risk of AKI, will currently not have serum creatinine checked, as recognised by Khan et al (9).

It has been estimated that a modest (5%) reduction in the incidence of AKI is achievable and that at Leicester General Hospital, serving a population of approximately 330,000, this would save £200000 per month (13).  With the average HB population of Wales at one and a half times this, the potential savings from better management of AKI in Wales are significant.

These data emphasise specifically the importance of recognition and treatment of AKI in primary care if the impact of AKI is to be minimised.  Ftouh et al (14) reiterated the NICE advice of August 2013 (5), recognising that GPs have an essential role in tackling the 10,000+ preventable deaths per annum