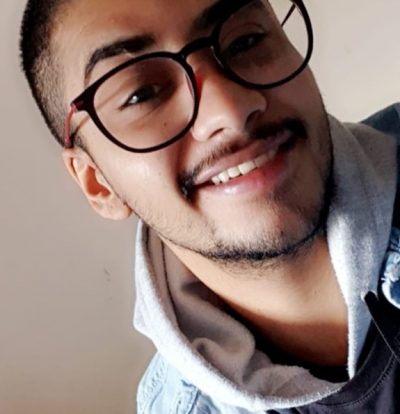 Ibrahim is 19 years old and was assigned female at birth. He fled Saudi Arabia, seeking asylum in the UK. He has come to see you with self-harm injuries and feelings of hopelessness, particularly around his gender identity. He feels his mental health worsened since telling his parents back home six months ago that he is a trans man. They believe this is sinful and continue to use feminine pronouns and his previous name. He says that recently he has experienced disturbing thoughts that he is “vile and will always be a woman”. His sleep and appetite are poor, with early morning waking. This is the first time he has self-harmed, using a blade to make superficial cuts.

He appears tired but well kempt. His eye contact is intermittent, speech a little sluggish and affect flat. Thoughts are negative and fleetingly of suicide, but he is adamant that in his religion this is forbidden and he has no intention of acting on his thoughts. He is not distracted or agitated, and there is no evidence of psychosis.

He would like your help with his low mood, and to be referred to a GIC (Gender Identity Clinic). Do you:

Explain that before a GIC referral can be made it is important that his parents are fully on board, as changes with testosterone like facial hair are permanent

Suggest that he has depression which is likely to be linked to the distress his parents are creating around his gender identity. Suggest treatment options and make a simultaneous referral to the GIC

Having a trans identity is higher risk for psychosis, so refer him directly to the CMHT for crisis intervention