Other musculoskeletal and overuse conditions

Back and neck problems are a major cause of chronic pain in musicians, with a recent study showing that 70% of professional musicians suffer from back pain, and 64% from neck pain 9. Similar figures were found in a large study of professional orchestral musicians in Germany 10, with the back, neck and shoulder accounting for the sites of the body in musicians most likely to be affected by chronic pain. This study showed that 66% of musicians have recurrent or chronic pain lasting more than 3 months, and discussed the risk of chronic pain developing in performers, a group who are often reluctant to admit to medical problems due to being afraid of losing a hard-won place in a professional orchestra. Many performers also seem not to view their chronic pain as pathological, but as something that has to be tolerated and worked around. 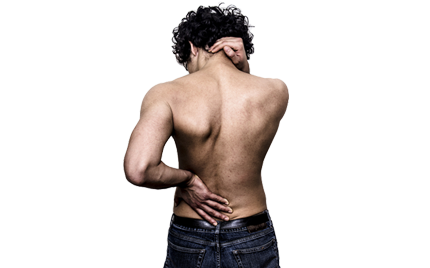 Another study 11 on the members of 6 elite British symphony orchestras found that 86% had experienced regional pain in the previous 12 months, especially in the neck, back and shoulders. Incidence was higher in female players, those with low mood, and those with high somatising scores.  There was no correlation with performance anxiety. The risks of injury were found to vary substantially by the instrument played, which the study concluded provided a focus for prevention.

Addressing posture, technique, seating, warm up and warm down sessions, adjustable music stands, chin rests, harnesses and other devices all have important roles to play in preventing these conditions. Physiotherapy, osteopathy and the Alexander Technique are among the treatments used by musicians in this area.

As mentioned above, musicians are very vulnerable to shoulder injuries, with upper string players, flautists, and trumpeters at particular risk due to the elevated arm positions used when playing. Tendonitis and even frozen shoulder can occur which can be career-threatening. Again, treating problems early and addressing posture, technique, instrument set-up, and warming up and down properly are all important factors in dealing with this group of injuries.

Guitarists (right handed) can experience left shoulder pain from the guitar strap and right shoulder pain due to arm position and repetitive strumming, and flautists are prone to subacromial impingement syndrome.

Tendonitis is caused by repeated controlled movements, and often affects the base of the thumb, wrists, shoulders, elbows and hands in musicians. Violinists, pianists and guitarists seem to be at particular risk. The former may experience tendonitis in the wrists, shoulders and right elbow (due to bowing), whilst pianists can develop wrist tendonitis due to over-practising. Guitarists may bring on tendonitis of the thumb by gripping their pick too hard, or elsewhere by holding the neck of their instrument too tightly.

Warming up adequately, stretches, taking regular breaks and avoiding over-practising are all vital in avoiding developing tendonitis. Rest is extremely important if the condition develops, as is physiotherapy, and taking a prolonged break from playing to effect recovery is often necessary to avoid ongoing problems.

This is especially common in guitarists but can also be a problem for pianists. Repetitive strumming of the guitar and over-cocking of the hand can lead to pain and swelling at the base of the thumb.  This can be treated by rest, exercises, splints and physiotherapy. In severe cases steroid injections or even tendon release surgery can be used.

Violinists are particularly at risk of trigger finger, which most often affects the index finger. It is caused by repetitive movements with prolonged gripping, and is commoner in female players. Rest is very important if symptoms develop, and treatment follows the same lines as described for De Quervains tenosynovitis as detailed above.

Bursitis in musicians can be an overuse injury or a result of direct trauma or poor technique, and the nature of playing an instrument renders musicians susceptible to this condition. Instrumental musicians are prone to scapulothoracic bursitis if their instrument involves repetitive movements needing repeated or prolonged elevation of the upper extremity, and pianists with poor technique are also prone to scapular problems. Bass-guitar players are also at risk of shoulder bursitis.

Joint hypermobility syndrome affects 10-20% of the population, and is commoner in females, children and adolescents, and people of Asian and West African heritage. Early diagnosis and treatment may prevent future problems and allow musicians to progress with their career.

Osteoarthritis becomes an increasing problem for musicians with age, and the role of overuse injury in developing osteoarthritis in musicians is poorly understood. Areas commonly affected are the cervical and thoracic spines, 1st CMC joint, IP joints of the fingers and the elbow. Oboeists and clarinettists are prone to osteoarthritis of the right thumb at the MCP joint.

Joint stiffness will have a major effect on performance, and the aim of treatment is to maximise joint function to optimise finger flexibility.

There is an increased incidence of Dupuytrens contracture in pianists and string instrumentalists. Some patients have a genetic predisposition to Dupuytrens, and the condition is slowly progressive and can have a devastating effect on musical careers.

Diabetes, smoking and alcohol excess can all increase the risk of having Dupuytrens, and musicians may wish to modify their lifestyle to reduce the likelihood of suffering from the condition.