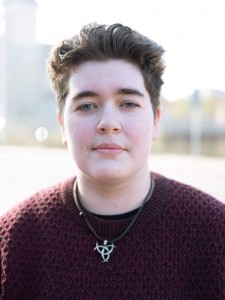 Remi is 31-yrs old and is a trans masculine non-binary person assigned female at birth (AFAB). They recently completed their undergraduate with masters degree in Biomedical Sciences and have secured a job as a biotechnologist. Before this starts, they are off on a well-deserved beach holiday, travelling on a male passport (their preferred binary gender marker) thanks to your letter. They underwent chest surgery and are looking forward to swimming in the sea.  They are very pleased with the cosmetic result despite requiring the most commonly used double-incision technique which is associated with more scarring than the peri-areolar technique.

They don’t wish to use testosterone but do want to suppress menstruation as this causes dysphoria, so they come to see you for advice. They would also like to discuss contraception, as although currently single, they feel very much more confident about dating since having chest surgery. They consider themselves to be pansexual (not limited in sexual preference to biological sex, gender, or gender identity).

depot Provera in combination with condoms is an option

the LNG-IUS is contraindicated in patients with genital dysphoria