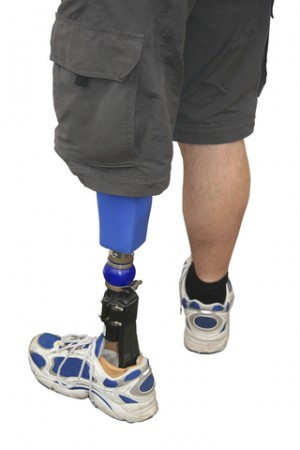 Whilst most Service personnel are discharged fit and well, by its very nature conflict can result in severe and enduring injuries. There have been over 70 partial or full amputations since 2006 affecting UK Service personnel (MoD). The risk of death for the army in current times is 1 per 1000, this is 150 times the risk for the UK population in other jobs. Severe brain injury, spinal cord damage, partial or full loss of sight, bodily and facial disfigurement, traumatic loss of hearing and burns injuries can all cause long-term problems. Each case will be unique and where appropriate adaptations may be needed in order for the Veteran to function well within the community.

The UK government has (as part of the Military Covenant) established a protocol for the transfer of health and social care between Military health care and the NHS. Called the Transition Protocol, the process has been developed under the auspices of the MoD/Departments of Health Partnership Board. It is adopted in the devolved administrations.

This protocol requires a Multi Disciplinary team being established in the locality to which the Veteran will be discharged. A case conference should be convened approximately 3 months prior to discharge. This conference should include those involved in their current and future care. If appropriate a continuing health care package should be agreed and enacted.

Specific Situations in the Community

Most community health workers will have experience of working with adults with disabilities. Veterans may present similar issues to be overcome, however there may be specific issues that will be more common in this group. This module cannot cover all possible scenarios and an individual approach should be taken – remembering to take psychological and social factors in to consideration.

Symptoms that may present in the community:-

This may be partial or full visual loss – prior to discharge rehabilitation and all treatments necessary should have been undertaken or planned. The Veteran may present with on-going or worsening difficulties. The Veteran should have been registered partially sighted or blind as appropriate and the transition package should have ensured aids were in place. If the Veteran has useful residual sight and is complaining of worsening vision an assessment should be made as to whether urgent (same day) assessment by an Ophthalmologist is required (particularly if pain or acute red eye). Otherwise referral to a low visual aids clinic or to Blind Veterans UK may be appropriate. The Royal National Institute of Blind People have many useful aids on their site. You will also find a comprehensive guide to home adaptations for blind and partially sighted people here. 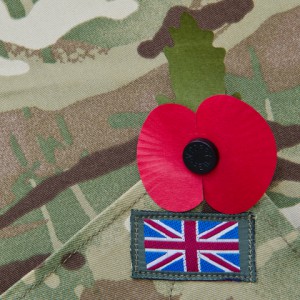 “A diagnosis of noise-induced hearing loss requires a history of exposure to sufficient noise and audiometric evidence of a high-frequency hearing loss of the appropriate configuration. Whereas exposure in industry may be assessed relatively simply, sporadic exposure to very high levels of noise generated by weapons means that this is not the case in the operational environment. In the Service hearing conservation programme it is, therefore, necessary to place greater reliance upon individuals' audiograms.

Newspaper reports in 2008 implied that between 5% and 10% of troops had become non-deployable due to NIHL on recent operations, but audit of their medical records shows that this was so in only one-third of these cases.

Comparison of pre- and post-deployment audiometry in 100 Reserve personnel who deployed in Op Herrick 6 showed that 10% had a definite deterioration in their hearing and a further 32% had a measurable loss.

Of 181 Royal Marine 42 CDO troops who deployed in Op Herrick 9, 69% had audiograms that were consistent with NIHL. Both the proportion of affected individuals overall, and the proportion who were affected to a greater extent was significantly greater than a baseline study of RAF personnel that was undertaken prior to Op Herrick and Telic.”

This level of hearing loss may not be immediately apparent to the healthcare worker in the community and furthermore, with the natural loss of hearing with time, may not become a functional issue for many years after discharge. Veterans are entitled to the priority treatment and should be referred to audiology services using the paragraph:-

This patient is a military veteran. I consider that his/her current condition may be related to military service. This referral should be considered for priority treatment under Welsh Health Circular WHC (2008) 051

More severe hearing loss may be as a result of traumatic damage (blast induced) where they may be structural damage to the ear. These cases should have been dealt with in-Service, however referral in the NHS may be required for assessment by an ENT surgeon.

Action on hearing loss (renamed from the Royal National Institute for Deaf People) is a useful resource.

A 'disfigurement' is the generic term for the aesthetic effect or visual impact of a scar, burn, mark, asymmetric or unusually shaped feature or texture of the skin on the face, hands or body. (Changing Faces)