History of the Yellow Card Scheme

No treatment is 100% safe. Over the centuries many treatments have gone in and out of favour, after weighing up the advantages against the disadvantages. During the 20th Century there was an explosion of new medicines on the market, curing diseases that were previous death sentences, and palliating symptoms previously suffered. It was an exciting era for medicine but the mass expansion came at a cost. 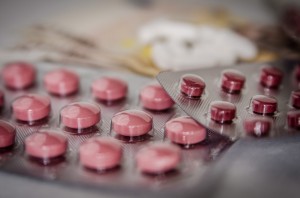 Thalidomide was developed in the 1950s by West German company Chemie Grünenthal GmbH. The company marketed it as “harmless” after pre-clinical trials showed it was practically impossible to achieve a deadly overdose. In July 1956 it became freely available to buy over the counter in Germany and many other European countries in the form of Grippex (a drug sold primarily as sedative/hypnotic). It was quickly noted to help with nausea so in 1957 it was also licensed for morning sickness (Contergan in Germany/Distaval in UK). It became one of the most popular drugs of that time and, despite no premarketing research specifically looking at the effects of the drug during pregnancy, was advertised as completely safe in pregnancy. Soon after its release there came reports of thalidomide associated peripheral neuropathy. Reports of occurrences of severe birth defects affecting multiple body systems were also coming to light, that initially were not linked to, or were denied to be due to thalidomide. In October 1960, at a paediatric meeting in Kassel, 2 cases were presented of gross limb malformations. Few people present had ever seen similar limb defects but no link was formally made. In 1961 Wiedemann described 13 affected infants who had been referred to him over a period of 10 months, and noted that this amounted to an epidemic. In November 1961, Lenz suggested that these deformities resulted from the mothers having taken thalidomide. McBride in Australia made much the same suggestion around the same time. Confirmation of this suggestion came rapidly from all parts of the British Isles, Kenya, Japan, Sweden, Belgium, Switzerland, Lebanon, Israel, Peru, Canada, Brazil, the Netherlands, and the USA. It soon became apparent that numbers of congenital limb defects were much greater in the countries where use was rife (eg Germany) compared to USA where use was very restricted. After huge pressure from the media thalidomide was finally taken off the market in 1962. It is estimated over 10,000 infants were born with thalidomide-related disabilities world-wide. How many of those could have been prevented if physicians had reported their concerns earlier is unknown.

In the light of this scandal, attention turned to medicines regulation. In the UK, The Medicines Act of 1968 was set up to oversee the licensing of medicines before permission to enter the UK market. It is overseen by the Committee on Safety of Drugs and is influenced by European legislation on medicines. In 1989 the Medicines Control Agency was created which since 2003 has joined with the Medical Devices Agency to form the Medicines and Healthcare products Regulatory Agency (MHRA). The MHRA works closely with its European counterpart, European Medicines Agency (EMA), to monitor medicines/medical equipment on the market and has the legal powers to withdraw products or halt production. The Yellow Card Scheme is an integral part of this monitoring. Developed by Bill Inman in 1964, it is the UK system for collecting information on suspected adverse drug interactions to medicines and vaccines. Originally just for doctors, it was extended to pharmacists in the late 1990s and is now open to members of the public.